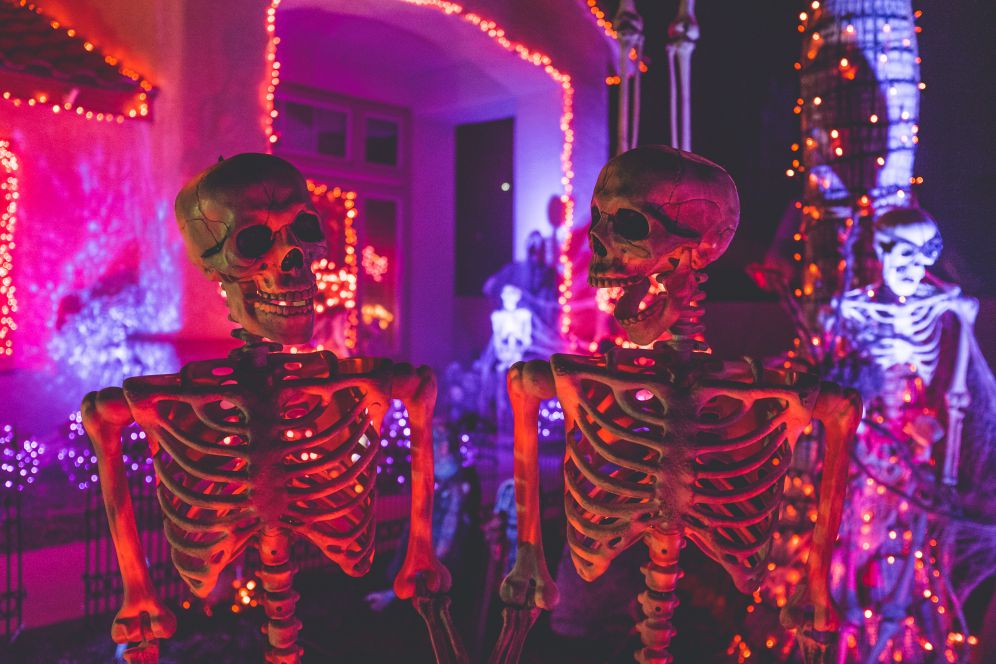 Halloween holiday is believed to have originated from the ancient Celtic traditions of Samhain in Scotland and Ireland.

People would wear costumes and light bonfires to ward off ghosts of the dead as they welcomed the Celtic New Year. The Scottish and Irish natives would also celebrate the holiday with traditional food and games.

During the 8th century, Pope Gregory III chose the 1st day of November to honour saints. Later on, some Samhain traditions were incorporated into All Saints Day, and the previous evening was known as All Hallows Eve, afterwards, Halloween. It evolved into the current holiday with trick-or-treating, jack-o’-lanterns, unique costumes and festivals.

Halloween is among the oldest holidays worldwide and is celebrated in various countries, with many of them having different versions of the holiday.

The most famous Halloween traditions all over the world

Here are some of the countries with the most famous and funniest traditions in the world: 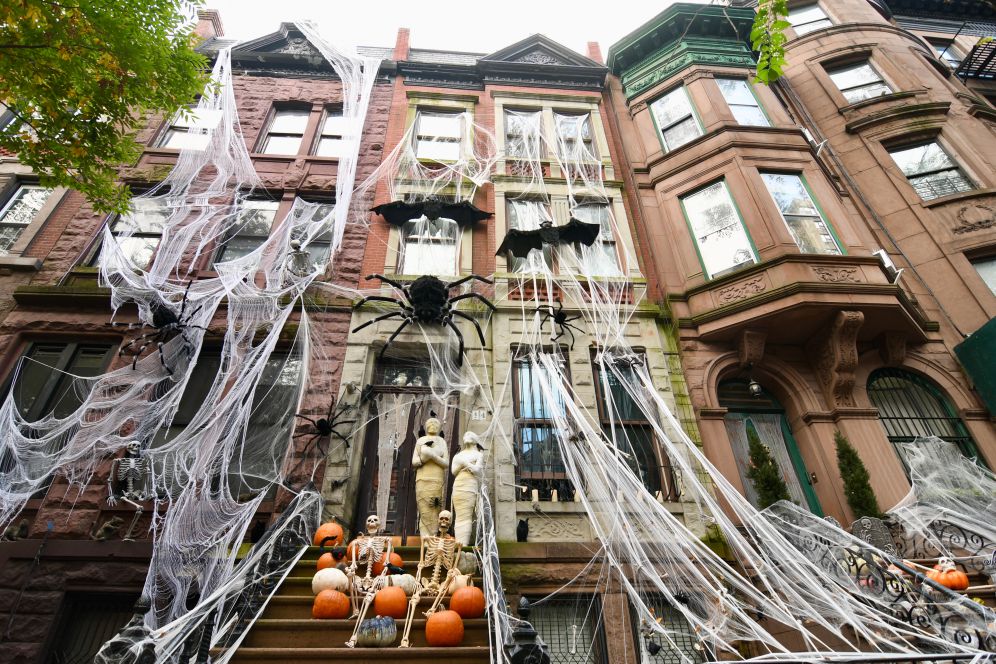 Halloween was introduced in the United States by immigrants from Ireland and Scotland. The Halloween holiday in the United States was more of a trick than a treat throughout the 19th century. Pranksters performed harmless tricks, but some of them went overboard to cause inconveniences to the residents of some localities.

Nowadays, Halloween in the USA includes masquerading parties, children knocking on doors asking for a trick or treat, jack-o’-lanterns and decorating homes with spooky items like skeletons. The 31st night of October also features people wearing unique and eccentric costumes.

The holiday is huge in the United States and has inspired many American movies. The holiday also features haunted houses, ghost narratives and scary games.

The Village Halloween Parade in New York City is described as the largest public Halloween function in the United States. In 2016, it had over 2 million onlookers and featured 50,000 costume revellers and giant puppets.

Halloween traces its roots here, and its history can be dated back 3,000 years ago. The pagan Celts observed this holiday as a transition from one year to the next. It is known as Samhain in Scotland and Ireland, which was a way of warding off ghosts who may haunt them.

The Celtic New Year is still observed in the United Kingdom. You can travel to the United Kingdom and experience the Samhain Fire Festival held in Scotland every 31st October. The event features a popular costume performance function on the Edinburg streets.

In remote locations, a bonfire is lit just like the old days and people from all over the country convene in their neighbourhoods with costumes. They usually spend the evening trick-or-treating then attend parties with their friends and neighbours later. These parties feature treasure hunts, games and traditional food. 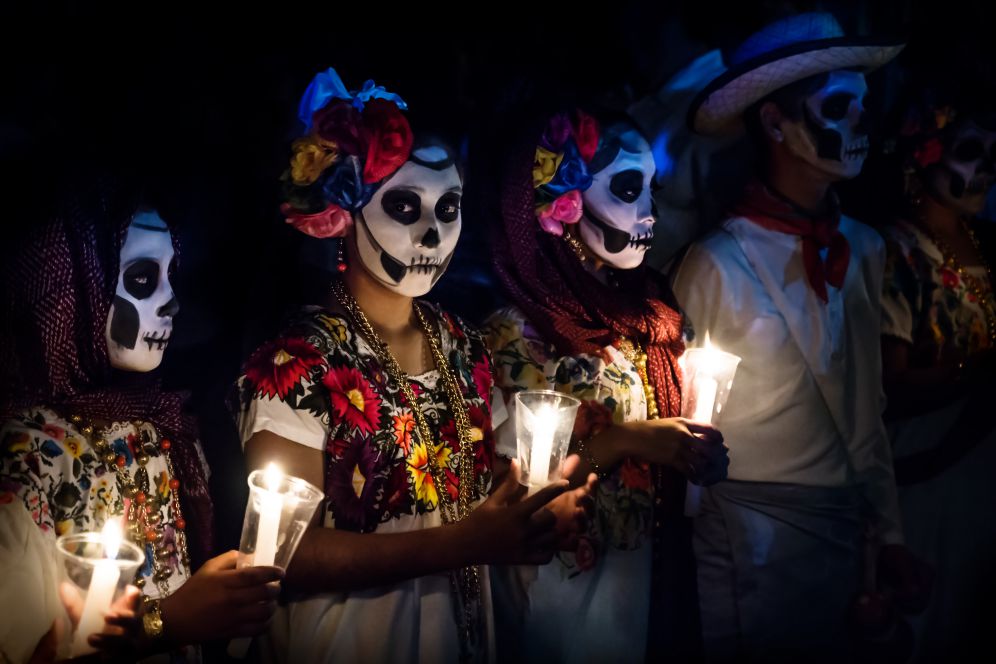 In Mexico Halloween is known as El Día de Los Muertos or “Day of the Dead.” It is a three-day celebration observed from 31st October till 2nd November. The first day is devoted to departed kids, also known as angelitos or “little angels,” then the following day is usually dedicated to the dead.

During Halloween, makeshift altars are usually built to commemorate the deceased. These altars are adorned with toys, candy and other delicacies for children and decorated with liquor for adults. They are also adorned with items of substantial meaning to the dead and Mexican marigold. Marigold was believed to guide the ghosts of the dead to their offering.

People also eat pan de Muerto or “bread of the dead,” dress skeletons in colourful and amusing costumes and later take the party to the community cemeteries in the nighttime. To experience this tradition fully, visit Oaxaca during the Halloween holiday.

Even though expats in China observe Halloween traditionally held in their countries of origin, China has a similar holiday to Halloween. The holiday is known as the Hungry Ghost Festival: Teng Chieh. It is usually observed on the 15th day of the 7th lunar month.

Locals place food and water on photos of the deceased relatives and then light floating water lanterns to guide spirits drifting around the world. They also light up money, cars, houses, phones and many more to appease the spirits of the dead.

Travel to Ziyuan County in China for a more traditional celebration of the Hungry Ghost Festival. The holiday is also observed in Singapore, Indonesia and other countries with large chinese inhabitants.

In Haiti, the festival is known as Fet Gede or “Feast of the Dead”. Its version of Halloween is celebrated on the first and second day of November. On this commemoration day, haitians pay homage to Baron Samedi, the Vondon God of Death and father of the spirit of the dead.

Haitian people who stick to voodoo and believe that they have been possessed by the Gede Lwa or “spirits of the dead” view Baron Samedi as a god with wisdom. They believe Samedi has great leadership qualities and can protect their children. They also believe that Samedi is the last resort for people who are very sick.

The celebrations feature wild parties with extreme dancing in the streets. They also drink and shower themselves with raw rum spiked with chillies.

Halloween is not a traditional holiday in South Korea, but the younger generation of Koreans are beginning to adopt it. Koreans have their version of Halloween known as “Chusok”. Korean households commemorate the holiday in August. It is meant to thank the ancestors for the ample provisions from the work Koreans have done. Families appease the dead by going to their graves and offering rice and fruits to them.

For Halloween, expats and adherent koreans celebrate it by wearing costumes, and holding amnesia and ghost. People use it as an opportunity to bond, go out for drinks and enjoy the weather. There is trick-or-treating for children, but it is only common in private schools.

There is an ancient holiday in Nepal known as Gai Jatra, similar to Halloween. It means “Cow Festival” and is observed in late summer to honour the friends and family members who have recently died.

It is believed that cows help the dead navigate the spirit world. In modern-day society, children dress as cows then march in a procession. The event features music, food, comedy, face painting and intricate costumes.

The festival is commemorated by the Newar community and other communities of the Himalayan nation who participate in the procession. It features distribution of bread, rice, fruits, money and other items. 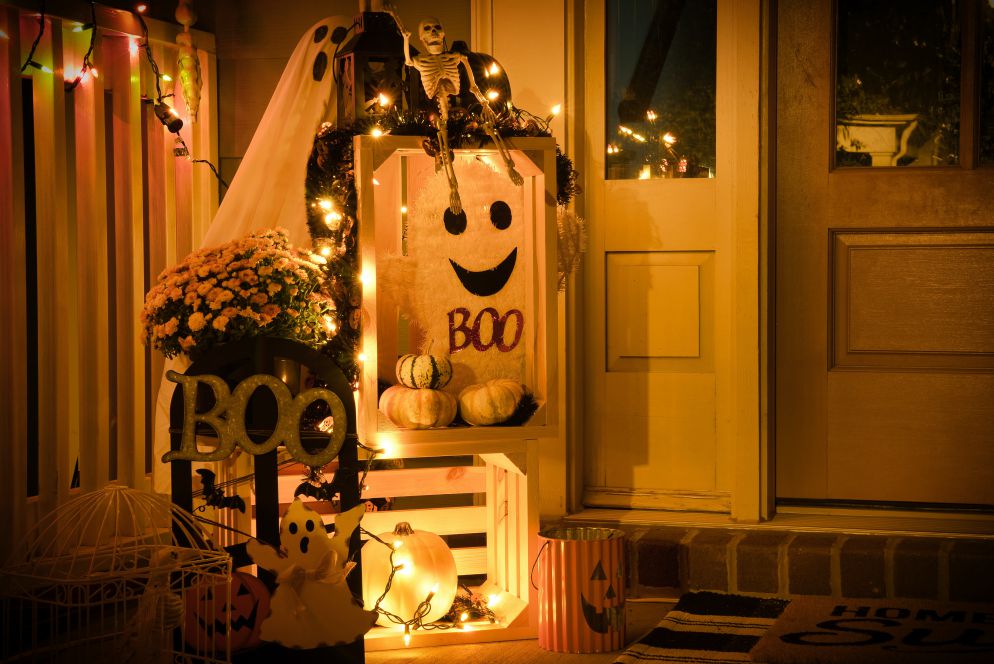 The celebration of Halloween in Italy is merged with Catholic traditions to celebrate All Saints Day. It is observed on 31st October and 1st November, where people offer Fave dei morti. The ritual offering is given to the deceased because traditional Romans believe the dead fed on beans.

The final event happens at an ancient bridge known as the Bridge of Mary Magdalene on 31st October. It involves a costumed procession marching towards the bridge, which is commonly known as the Devil’s Bridge.

The Filipino holiday similar to Halloween is Pangangaluluwa. The celebrations begin a week before 31st October and end on 2nd November. With the strong Catholic influence, 1st and 2nd November are dedicated to honouring the deceased.

During this time, you will find most people in the Philippines in similar places, the cemeteries and memorial parks. Some families have picked up the Western Halloween culture with trick-or-treating, but most households observe it with prayers, fragrant flowers, candles and visiting the cemetery. 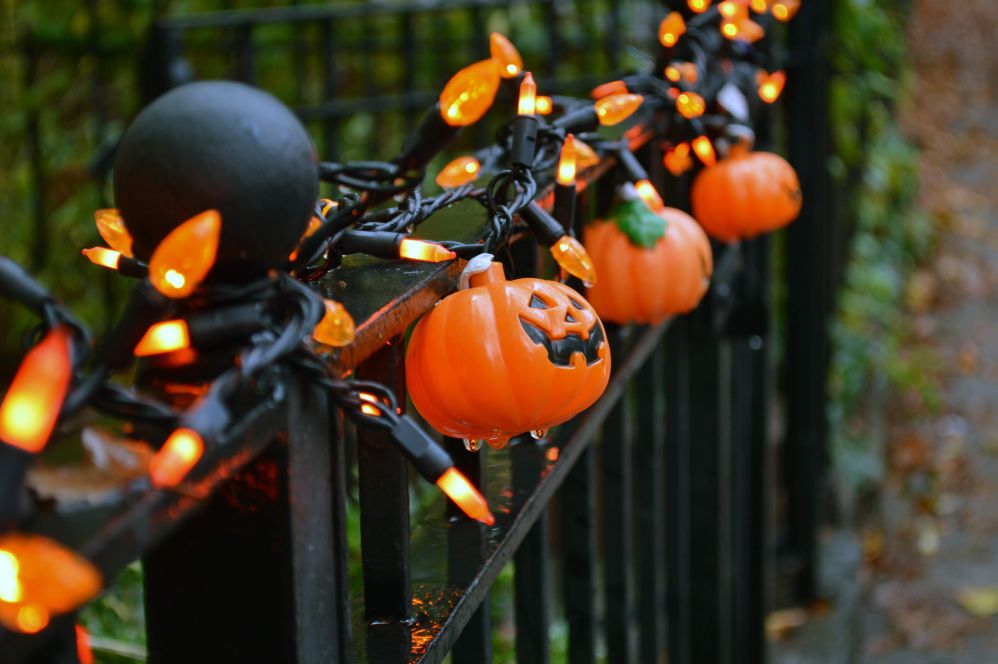 Polish people observe Zaduszki or the Day of the Dead on 2nd November. The event is essential to Catholics in Poland, and families visit deceased relatives in their graves to light candles.

Halloween is not a tradition in Poland and is only slightly connected to pagan festivities of other Slavic countries. Polish Catholics oppose it because they believe that it diverges the main aim of the holiday, which is commemorating All Saints’ Day. However, many young Poles have been observing the holiday for some years.

Travel and discover Halloween traditions around the world!

There is no doubt that some countries do not celebrate the Halloween holiday, but they probably recognize it. These countries may, however, have certain traditions that are similar to Halloween.

If you want to have fun and enjoy Halloween traditions around the world, check out Heymondo single trip travel insurance and take advantage of the  Heymondo App for the customers, to manage any possible incident via mobile. Wherever you will celebrate the holiday, Happy Halloween! 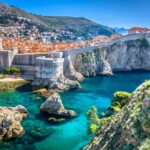 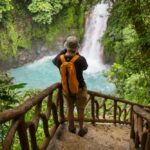 Traveling alone to Costa Rica: tips to plan your next adventure
June 2, 2022 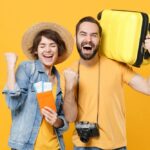 Hey traveler! Explore the world without limits this summer
May 31, 2022