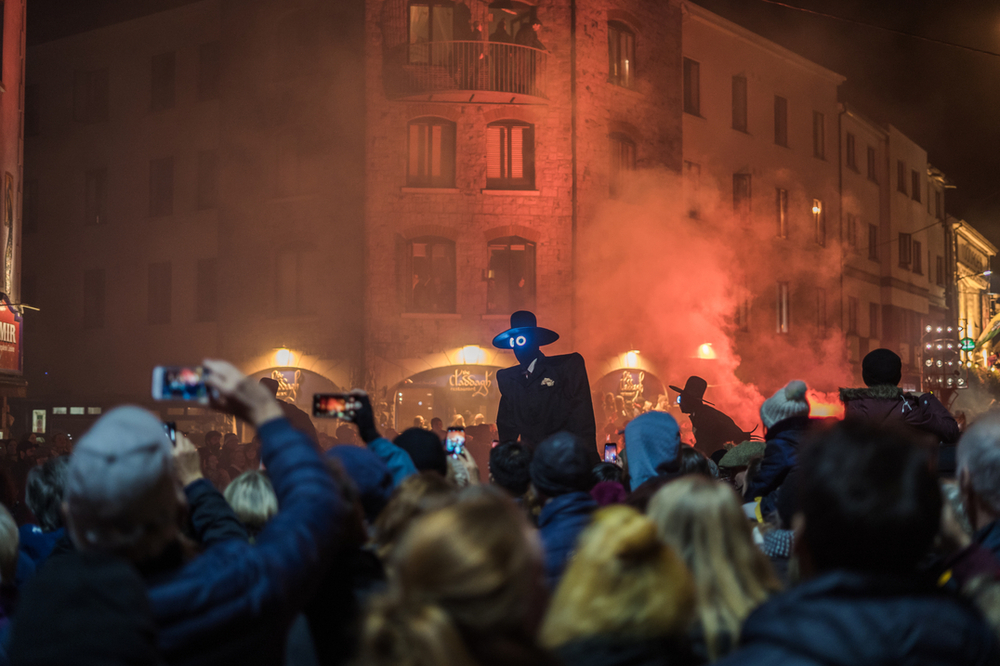 Every October 31st is a holiday most people celebrate, and therefore, look for the best places to celebrate Halloween. The celebrations are filled with much anticipation as various traditions apply in different countries. It originates from the ancient Celtic festival of Samhain, where people lighted bonfires and wore costumes to ward off ghosts, and grew in popularity worldwide. It’s one of the world’s oldest holidays and is still celebrated worldwide, although it has evolved with time. Countries like Canada, the United States, and Ireland have traditions that include costume parties, pranks, games, and trick-or-treating. Latin American countries have a different version of the holiday known as the Day of the Dead, where they honor their deceased loved ones and ancestors.

Experiencing how different cultures celebrate Halloween is an eye-opening and exhilarating experience. You may seek to have these different experiences beyond your country’s borders and subsequently have to make travel arrangements. When traveling to any long-haul destination to celebrate the holiday, it is highly recommended that you get travel insurance. This will ensure your protection before you even start your trip, right up to the end.

There are many different destinations where you can celebrate Halloween, as most have their own variations and traditions. At Heymondo we have curated the best eight destinations to celebrate this year’s holiday. You can select your pick based on the features each destination has to offer.

The origins of the Halloween holiday trace back to Ireland. More specifically, a pagan Irish festival known as Samhain, whose traditions go back thousands of years. This festival (Samhain) predates Christianity, making it almost a couple of thousands of years old. Back then, the festival was celebrated in the heart of Ireland’s Ancient East, to mark the beginning of winter.

The initial Irish traditions had certain beliefs in the events of October 31st. History dictated there was a thin veil between the human world and the Otherworld, which facilitated the passage of spirits and demons. The Irish believed that evil spirits visited the mortal world on this day, so they would light bonfires and wear bizarre costumes to ward them off. This brought about the current expectation of intriguing Halloween costumes.

To date, the biggest event is at the banks of River Foyle, where Derry-Londonderry has been hosting an annual street carnival for the last thirty years. This Halloween parade is the biggest in Europe. This festivity takes place from the 27th to the 31st of October, and it attracts several travelers and morbid fans to the “city of bones”. Despite being voted the number one holiday destination in the world during this season, some people dont know that in Derry, this holiday is one of the biggest celebrations of its kind. 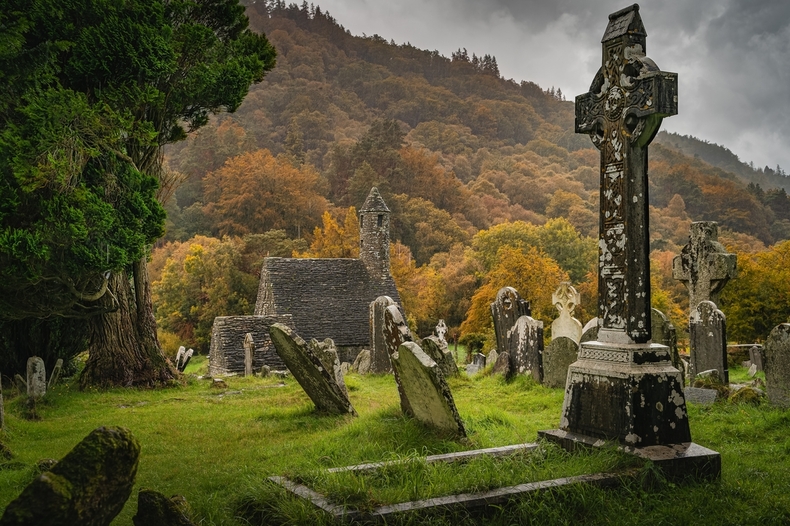 The Halloween celebrations in Scotland also trace its root to the ancient Celtic festival of Samhain, Summer’s end. And it also entailed the onset of the dark and cold winter in the Celtic year. As per the Irish, they believed that on the night of October 31st, ghosts of the deceased would roam amongst them; hence they lit large bonfires to ward off the evil spirits. The holiday is fundamental to the culture of Scotland and is the subject of many poems, such as the most famous ‘Halloween’ by Robert Burns. The verse shows how people would convene and make merry to celebrate the season.

Scotland has been engaging in the trick-or-treat tradition from its past where children used to dress up and pretend to be evil spirits. The tradition traces back to the assumption that the disguise would make them blend in, and therefore, receive an offering to ward off evil.

If you plan to visit Scotland during this holiday, Edinburgh’s Royal Mile is an ideal place to start, as it’s the heart of Scotland’s historic capital and close to the Grassmarket. There are frightening vaults, underground pathways, and mysteries at the Royal Mile with narrow stairways for a secret underground world. This celebration occurs on the night of October 31st, with the Samhain Fire Festival mixing Celtic traditions with modern entertainment. 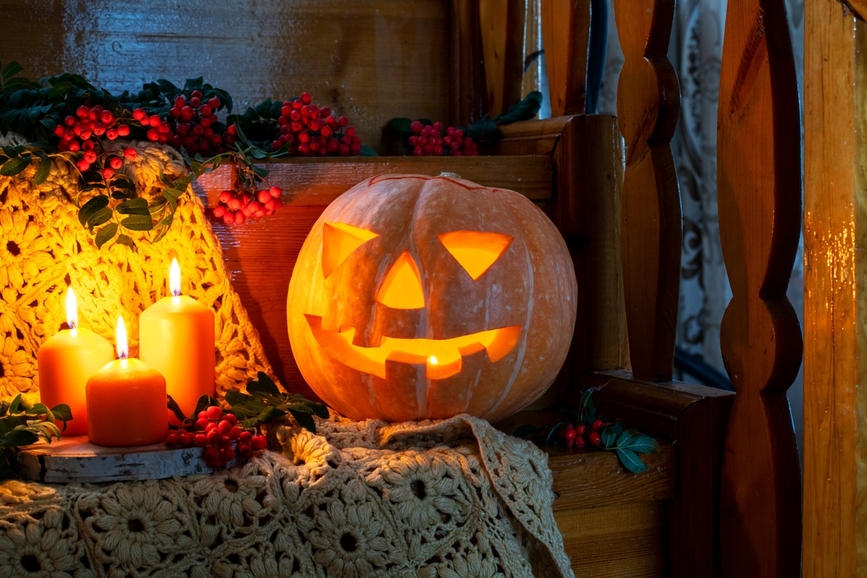 Transylvania is famous thanks to its native vampire, Count Dracula. So, what better location is there to celebrate Halloween than Dracula’s home? You can even join in on the celebrations alongside various travelers, within the confinements of Bran Castle, which is the vampire’s home. The legendary Transylvanian fortress dates back to 1377. A famous Romanian DJ hosts the party at Dracula’s Castle up to the early hours of the morning. Travelers visiting this time of the year can also experience a night tour of the castle, meet the Wicked Fairies, and join in on their euphoric dance. To round off this unique experience, you can even take part in a festive dinner, that includes a costume contest with prizes for the best costume.

Apart from Dracula’s famous castle, Romania is home to various other castles and events this time of the year, especially in the capital, Bucharest. There are other celebrations that the Romanians commemorate, like the Day of the Dead on November 1st. It’s also worth keeping in mind St. Andrew’s Feast on November 30th, which has similar customs to the traditional All Hallow’s Eve. The numerous events in Bucharest host many travelers every year looking for a spooky destination this time of the year. 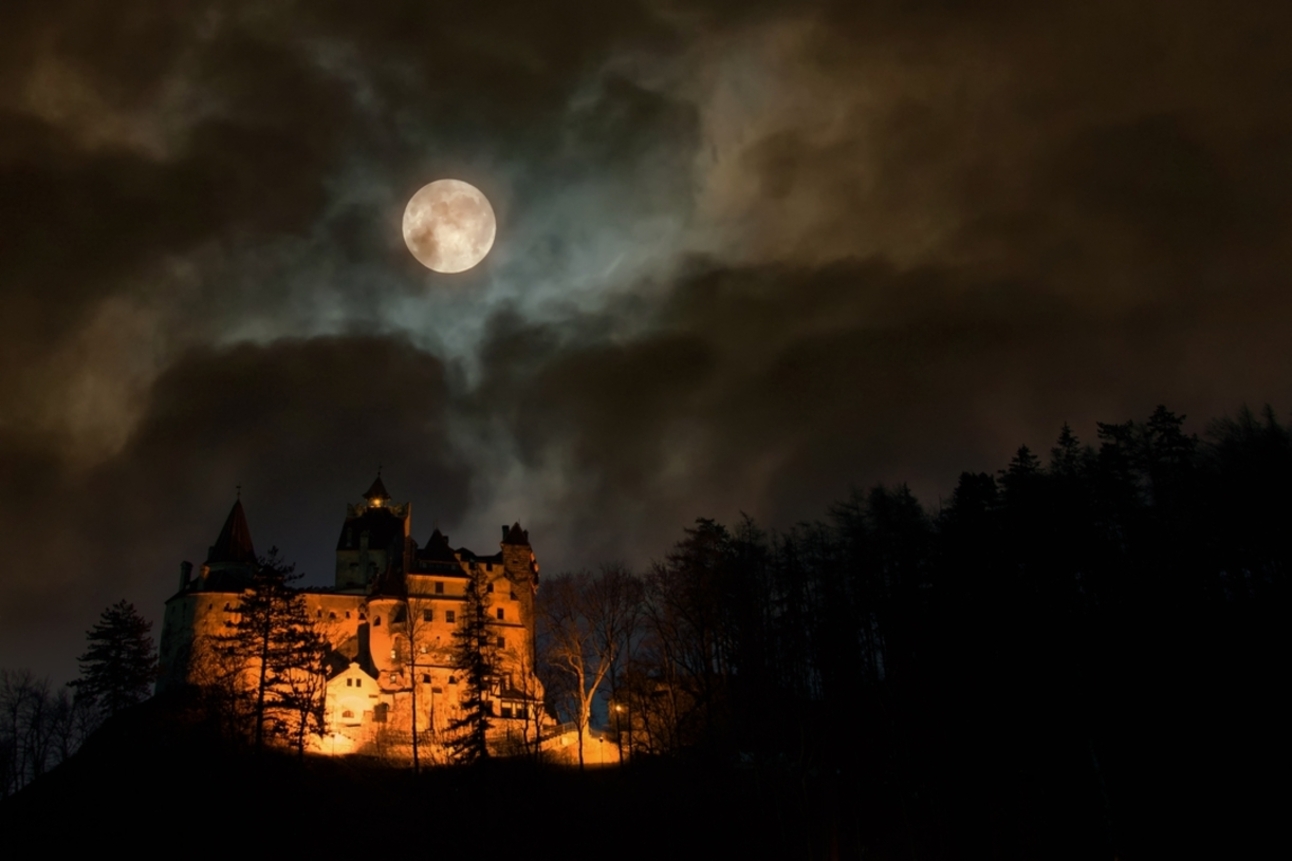 Prague has earned its reputation as one of the most captivating Gothic cities in Europe, with impressive medieval architecture and winding lanes that add a mysterious allure, perfect for Halloween celebrations. The city has few festivals, as the Czech don’t traditionally celebrate this holiday, therefore you won’t find many children trick-or-treating. However, the place is still fun this time of the year, thanks to its gothic architecture, with its equally romantic and spooky vibes. It’s also worth mentioning that thanks to the growing ex-pat community, the city is slowly becoming more popular during this holiday. There are numerous events to participate in, including the flamboyant parade, carnivals, and storytelling festivals.

Several club events for the city’s nightlife include Luna Festival Halloween, debuting at Incheba Arena in Prague’s Holešovice Exhibition Grounds this year. Guests are encouraged to wear their scariest costumes, and the best costume wins CZK 20,000. Other events include the Manifestoween Party.

While in Prague, you can tour the Old Town of Prague and visit the torture museum. It’s a museum of medieval torture instruments with 14 exhibitions for its visitors. You can learn about the secrets of the Astronomical clock, the mysteries of Gothic architecture, and the house signs. 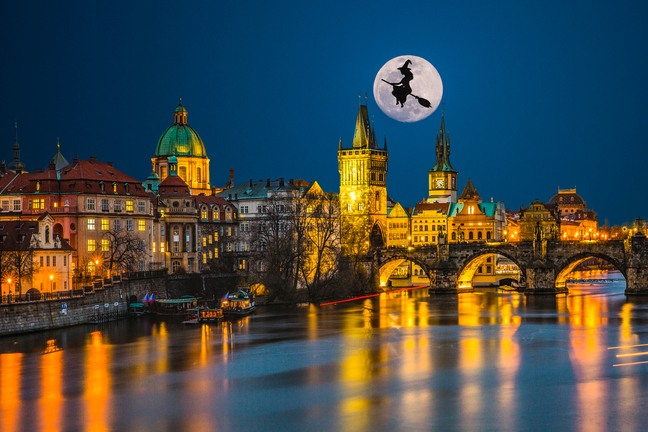 In this city, el Día de Los Muertos runs from October 31st until November 2nd. The tradition consists of loved ones welcoming back the souls of their deceased relatives for a short reunion, which includes a celebration and food. November 2nd marks the Day of the Dead, and therefore the opening of the gates of heaven on October 31st. The Day of the Dead has similar traditions to other Halloween celebrations, which include costumes, parades, bonfires, etc.

In Mexico, they believe that the border between the natural and spirit world dissolves on the Day of the Dead. And although it doesn’t sound it, it is not a day for mourning, but instead for celebration, a gathering to pay respects and remember those who have passed. The celebrations involve rituals, carnival parades at night, street stalls, candlelight vigils, and much more.

The places that celebrate the Day of the Dead with more flare are Oaxaca, Chiapas, and the Yucatan. We advise anyone traveling to experience the celebration in Mexico, to do so in Oaxaca and Mexico City. 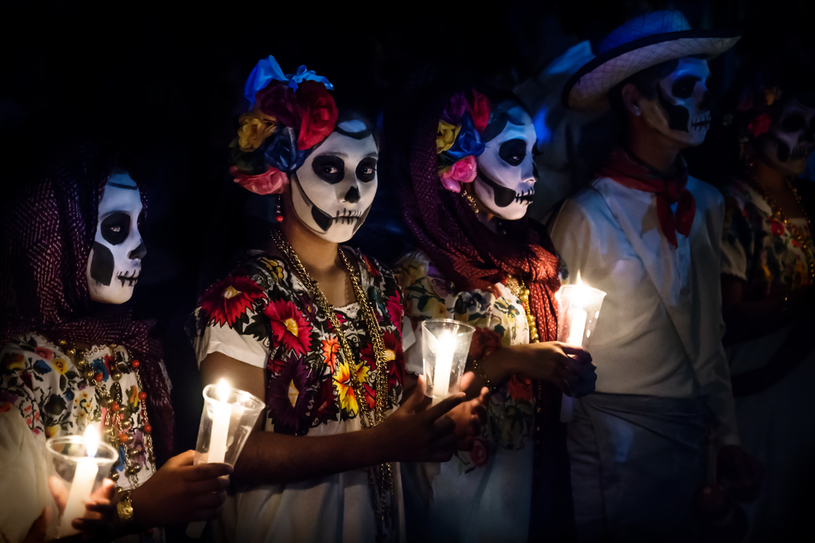 New Orleans is amongst the spookiest cities in the US due to its history with the supernatural side, which talks of ghosts, voodoo, vampires, and above-ground tombs. Therefore, it’s one of the best places to celebrate Halloween, with lots of things to choose from, such as themed cocktails, costume parties, murder mystery dinners, and décor everywhere.

There is more to the holiday than a night for kids to go trick-or-treating, and there are more things that make these celebrations great for all ages. For instance, the costume parties, balls, street celebrations, and parades mark the extravagant and frightening treats in the area. In the last two decades, there has been a Voodoo fest in the French Quarter to celebrate the holiday, with Voodoo-themed attractions to commemorate them, ending with an ancestral healing ritual.

In New Orleans, one can enjoy the many events and parties in the season, such as the Spooktacular Family concert and the Vampire Ball. You shouldn’t miss the Halloween parades on Bourbon Street. You can also find ghost tours and cemetery tours if you’re really brave. 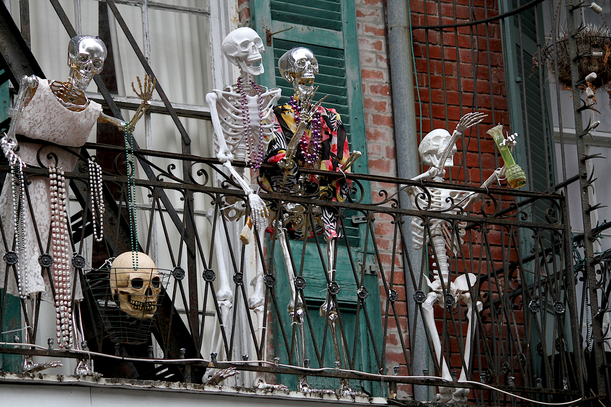 Whenever you talk about Salem, you cannot help but notice its similarity with the fright night holiday. The connection begins with the tragic events that occurred in the 17th Century, known for its witch hunts and the Salem Witch Trials. Thus, Salem is a site for fans of the macabre from all over the globe. Early October usually marks the massive parade that marks the beginning of the festivities and ends with the fireworks display on October 31st.

You can also attend paranormal tours and carnival rides. Additionally, there is a famous Witches’ Ball, and each October, there is a Salem Haunted Happenings that involves a parade, another ball, and film nights. 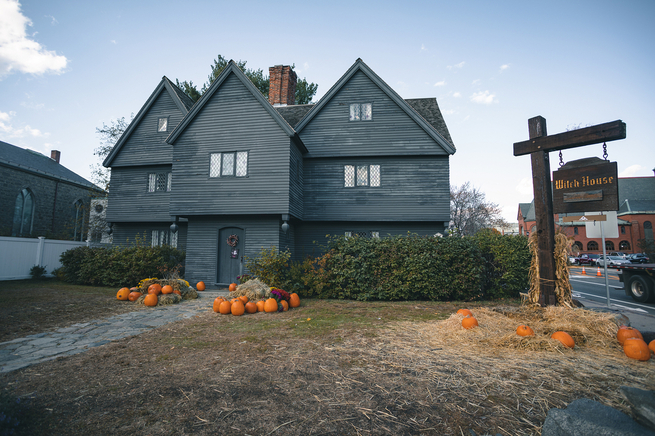 Halloween celebrations in Hong Kong did not exist in the region, only a handful of people would join in the spooky celebrations. However, there is a recent rise as people embrace the holiday spirit. The celebrations have grown so popular that, currently, Hong Kong is referred to as the “Halloween Capital of Asia”. The South Korean city has embraced the holiday and everything it comes with, even its theme parks commemorate it by having an annual bash.

People now gather to have Halloween parties with their typical set of costumes and decor. If you are in Hong Kong, you should visit the Lan Kwai Fong Street Party or the Hungry Ghost Festival known as Yue Lan, where people visit and gift the dead’s spirits. Another must is Hong Kong Disneyland and Ocean Park, where they go all out on the Halloween celebrations. 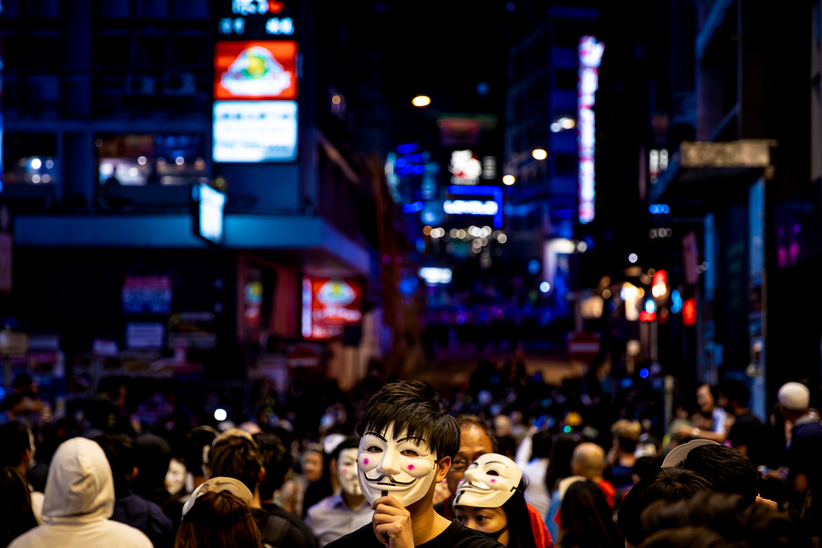 Travel and discover Halloween traditions across the globe!

There is no doubt that some countries do not celebrate the Halloween holiday, but they probably recognize it. These countries may, however, have certain traditions that are similar to Halloween.

If you want to have fun and enjoy Halloween traditions around the world, check out Heymondo single trip travel insurance and take advantage of the Heymondo App for the customers, to manage any possible incident via mobile wherever you will celebrate the holiday, Happy Halloween!

Most important Volcanoes in the world
November 17, 2022 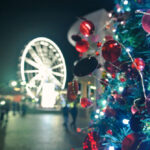 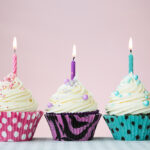