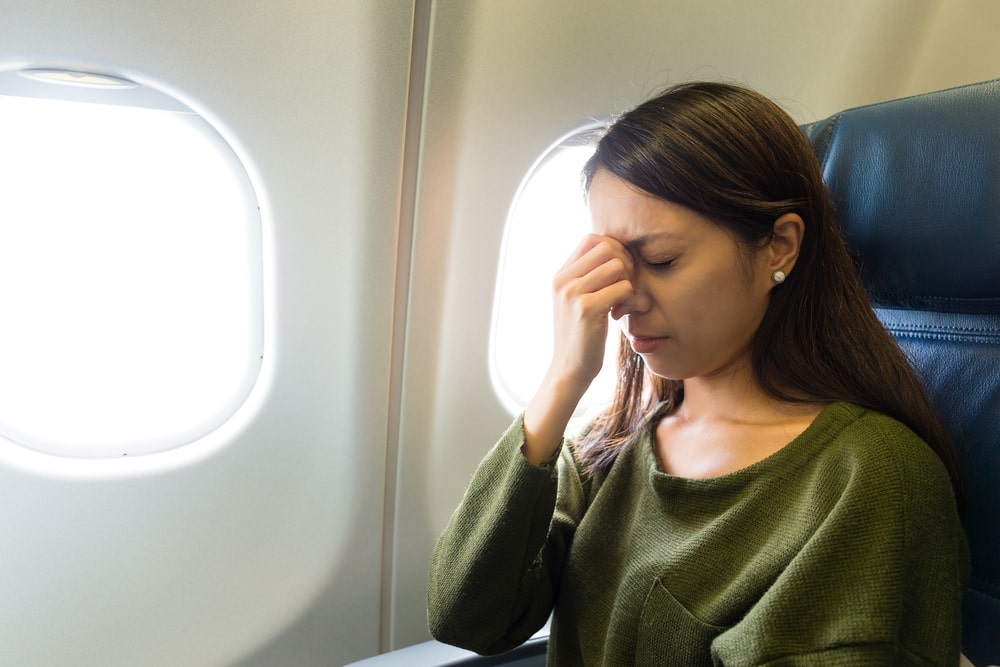 Fear of a crash, a fear of being out of control, a fear of the unknown, a fear of heights, especially after losing a loved one in an aircraft crash, and claustrophobic feelings are some of the key reasons some individuals are frightened to fly on airplanes.

In addition, for some passengers, the entire flight experience can be a source of anxiety, including the hassles of airports, crowds, turbulence, bad food, confined quarters, and lengthy flights.

Anxiety may have such a strong effect on us that it can even affect our bodily systems. As a result, our breathing becomes short, our chest tightens, our hands sweat, we become queasy, and we may even faint.

While more people are flying than ever before, many still have a fear of flying that doesn’t reach a phobia level. This is even though there is ample data to prove that flying is the safest means of transportation.

So, what exactly is it about flying that causes such universal dread?

The lack of control they have in the circumstance is a big part of it. Fear of heights or crashes, or a lack of knowledge about how flight works, may also be a factor.

If you’re afraid of flying, you probably think that there’s nothing you can do to alleviate your fears or anxieties throughout the flight. But this isn’t the case.

Aerophobia is a severe aversion to taking a plane trip.

Take-off, landing, or even getting confined in the plane might cause people with aviophobia to feel terrified. The fact that air transport has the least death rate of any mode of transportation may help dispel your irrational phobia, but you’re stuck in your fear.

Some people are so afraid of flying that they refuse to go on vacation or see relatives and friends. It’s important to remember that this can also harm a person’s professional career especially if they need to travel for work.

Most people who suffer from aviophobia aren’t worried about the plane going down. Instead, you can be afraid of the suffocating dread of flying. In many cases, the thought of flying is just as frightening as the actual trip itself.

What do you do when you are afraid of flying?

To overcome a panic attack on a plane, you must first understand the root of this apprehension.

There are a variety of strategies and therapies that can help alleviate this anxiety if the root cause of the phobia is discovered. Before buying a plane ticket, think of a good movie or podcast that will help you forget that you’re flying, but it isn’t always that simple for all.

If you’re paralyzed by dread, it’s in your best interest to seek expert assistance.
Cognitive-behavioural therapy and exposure and response prevention are two methods that mental health experts employ to assist people to overcome fear.

Anti-anxiety medicine can also be prescribed by doctors, which can surely benefit those who are afraid of flying.

It’s also a good idea to learn more about plane air circulation to lessen your anxiety about catching COVID-19 while traveling by plane. Each time the cabin air is refilled, a HEPA filter removes 99.9 per cent of the pollutants, including viruses and bacteria.

Taking flying classes to overcome fear of flying, whether in a simulator or a real plane, may take the mystery out of flying.

It will be a lot easier to enjoy your next journey knowing exactly what to expect when you arrive on board as a passenger. Choosing a seat is one of the few things travelers can help losing fear of flying, so if you’re worried about being uncomfortable, it’s worth the extra money. 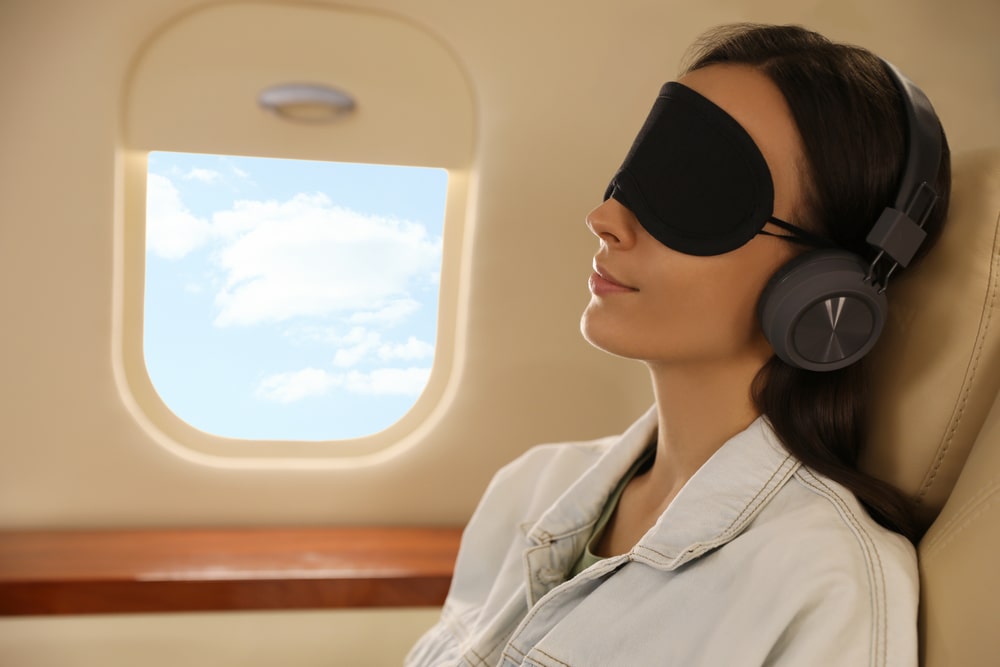 As soon as you’ve figured out what it is that frightens you about flying, use your seat selection to avoid those same things. Avoid looking out the windows if you’re terrified of heights.

A plane in turbulence is little more than a car on a bumpy road or a ship in rough water bobbing around in the wind. There’s no need to be alarmed, though. Planes are engineered to handle and reduce turbulence, after all. So, dispel the mystery of turbulence.

Other options include gaining an understanding of how this mode of transportation operates. It’s important to know how an airplane operates, what safeguards it has in place, and what to do in the event of an emergency.

Additionally, the low fatality rate of this mode of transportation can be gleaned from research into fatal accident statistics. Relaxation techniques may also be used before the flight.

Why are we scared to fly?

Aviophobia is not caused by a single factor, but rather by a mixture of factors.
A child’s fear of heights may be inherited from their parents, or the fear of flying may be displayed to them by their parents.

Media coverage of airline disasters and other incidents may also be a factor.
Fear of flying is most usually caused by the belief that one has no control over the circumstances or one’s safety when flying.

The more time a person spends avoiding flying, the more likely it is that their fear will worsen. In some cases, a fear of vomiting, heights, or being trapped in a small area may accompany this one. Aviophobia can be alleviated by focusing on these specific fears.

Many people believe that fear of flying in airplanes stems from anxiety about the possibility of dying in an airplane crash, but this phobia also includes other factors such as flying over the ocean; fear of turbulence; flying in a tiny space for long periods; anxiety about being so far from home; fear of terrorist attacks; and fear that just about everything depends on the pilot.

People’s minds are filled with imagination and ignorance. Nature, like the mind, is alike to a void.

Things are made up in the imagination to a void. When we’re relaxed, our minds are more likely to churn forth new ideas. Anxiety causes the mind to dwell on the unknown. When we’re scared, our minds conjure up images of danger. Hormones are released in response to frightening thoughts.

The mind becomes detached from reality when it is stimulated by frightful thoughts.
Though the trip is progressing safely, the passenger can assume the plane is in difficulty.

Relaxation exercises to fight fear of flying on planes

Before boarding a flight, it’s often recommended to take some time to unwind.
Before the use of medicines, behavioural interventions should be tried.
Many people who formerly required pharmaceutical therapy for their fear of flying on airplanes no longer need it as flying becomes more commonplace.

To improve your breathing, sit up straight and take deep, slow breaths through your nose. Exhale through your nostrils for a period that is two to three seconds longer than the time you spent inhaling. After a minute has passed, you will experience feelings of calm and relaxation.

While you are contracting each muscle, you should hold your breath for three to four seconds. Relax and let the breath out through your mouth for around five to six seconds.

Take a breath in through each of your nostrils in turn. It is recommended that you use your thumb to shut off one of your nostrils. Take deep breaths to ensure that your lungs are filled.

Maintain your normal breathing while covering one of your nostrils. While you are breathing and exhaling, exhale through each of your nostrils.
According to the 4-7-8 technique, the first step is to inhale fully through the nose for four seconds.
Start by counting to seven before you hold your breath, and then count to eight as you let your breath out. This approach calls for consistent application.

What medicine to take for the fear of flying?

If you find that practising relaxation techniques does not help you feel less anxious, the next step may involve taking some kind of medicine as recommended by your doctor.

Anxiolytic medication is something that a doctor should always prescribe because it has the potential to assist minimize the anxiety that is produced by flying.
The prescription, as well as the appropriate dosage for the patient, will be prescribed after taking into account the patient’s age, weight, and consumption of the drug.

If you are looking for a prescription anti-anxiety medication to take with you while you travel by plane. Your best bet will probably be to find one that starts working quickly and keeps your mood stable for the duration of your trip, regardless of whether it is across the country or around the world.

When necessary, medical professionals can provide prescriptions for drugs to treat flight anxiety.

The most frequent type comprises benzodiazepines like Xanax and Ativan, which reduce anxiety in a relatively short amount of time and remain in the body for several hours, which is the length of time that most cross-country flights are in progress.
Because of the drugs, some people may feel drowsy following the flight.

They should not be taken with alcohol since their effects are cumulative, and this combination can result in over-sedation or decreased respiration. Caution is suggested when using them because they have the potential to become addicted to regular usage. 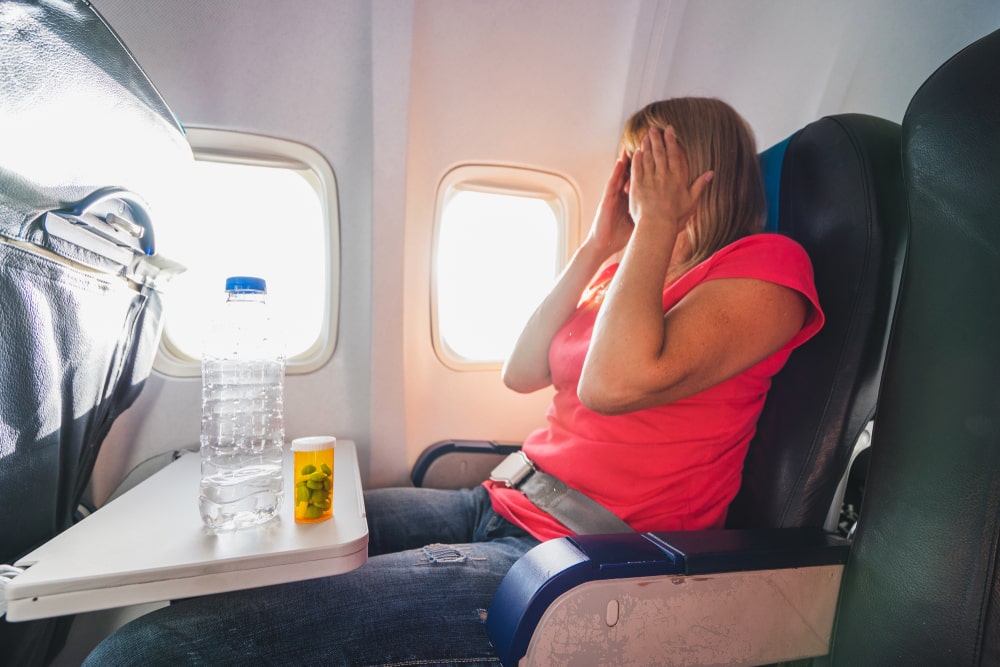 Are there many people who are afraid of flying?

Many people suffer from aviophobia, and one in four respondents reported that they had this fear before taking part in the 19th edition of COVID. Anxiety about flying affects between 33% and 40% of the general population. 60% of sufferers feel generalized anxiety during the trip that they can handle on their own.

Anxiety over flying affects between 2.5% and 5% of the population. This is referred to as a “clinical phobia.”

Some people fear flying in cramped quarters for lengthy periods; others fear heights and a small but vocal minority fears that they may unintentionally open a plane door in the middle of the journey.

Anxiety disorders, such as phobia of flying, are extremely common in the general population and can have a detrimental impact on a person’s quality of life.

Adults are more often than children to suffer from this affliction, with the typical person reporting their first “attack” when flying at the age of 27. We can’t ignore people with fear of flying since it’s a very uncommon phobia.

An aircraft departing from New York or North Carolina, for example, is likely to have several passengers who are afflicted with varying degrees of aviophobia.
There is no doubt about it: facts of aviophobia are undeniable.

Concern for contracting COVID-19 has grown, according to an IATA poll (International Air Transport Association) in the wake of the pandemics.

Even while the problem won’t be remedied immediately, putting some of the advice from earlier into practice can frequently be very useful. In addition, it is strongly suggested that travelers purchase travel insurance that will provide them with peace of mind if they become infected with the COVID-19 virus.

If you have travel insurance from Heymondo, getting on an airplane will be a lot more tolerable for you because the company gives you the option to reschedule your trip dates and provides coverage for the coronavirus.

These are some of the many benefits of working through your fear of flying. By purchasing travel insurance via Heymondo, you may alleviate some of the stress associated with flying. 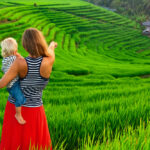 Guide to traveling with a Baby for the first time
January 10, 2023 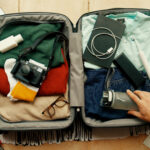 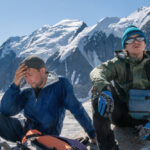 Altitude sickness: Everything you need to know to avoid it
January 9, 2023